Quantum physics has proven that everything in existence is made up of the same universal energy. Everything that we call “solid” actually consists of 99.99999% empty space. Atoms are formed from this vibrating energy of the quantum field and create everything that we perceive. Your thoughts and emotions are no different than physical matter, as they are one in the same on the quantum level. So what does this have to do with orgonite?

Orgone is defined as a life force energy distributed throughout the universe that can be collected and stored. An orgonite device can be created to collect and transmute this energy. This “life force energy” is synonymous with the quantum field, consciousness, prana, and chi. All of these words are just different labels for the same animating essence of the universe. There are many practices which claim to be able to harness or manipulate these “forms” of universal energy, but the purpose of this text is to talk about orgonite.

Orgone energy was first “discovered” by Dr. Wilhelm Reich in the 1930’s and 1940’s. He was able to figure out how to amass this energy, simply by layering organic and inorganic materials on top of eachother. Reich layered steel wool with fiberglass to create a box large enough for people close themselves inside of. He classified the energy into two categories, positive orgone energy and deadly orgone energy. This poses a problem, most people don’t want to accumulate deadly energy.

In the early 1990’s, scientist Karlz Hans Welz found out how to improve upon Reich’s research. He casted metal dust into resin in a 50/50 ratio and concluded that this new device was able to amass far more energy, all while being small enough to fit in the palm of a hand. He called this device, “orgonite”. This was great, but what about the issue of deadly orgone energy? It didn’t take long for Don and Carol Croft to fix this problem. Carol is a physic who can allegedly see energies. She found that combining a quartz crystal with the typical orgonite device would amplify it and convert the deadly energy into positive energy!

Now you may be wondering, what is deadly orgone energy? All of the frequencies emitted by wireless electrical devices and the man made energies circling the entire planet, are classified as such. Electromagnetic frequency radiation consists of, radio waves, microwaves, visible man-made light, infrared, ultraviolet light, X-rays, and Gamma radiation. We are exposed to many of these harmful frequencies on a daily basis. You’ve probably heard stories of people talking on the phone too often and developing cancer. Studies have shown that exposure to these types of frequencies can cause effects not limited to the following: cancer, infertility, cardiovascular diseases, birth defects, memory problems, sleep disorders, stress, fatigue, headaches, depression, a weakened immune system, and DNA alterations! Dr. Emoto and others have proven that water is affected by our thoughts and any other frequencies that it’s exposed to. Water receives and retains all energies, which is something to keep in mind since it makes up 60% of our bodies. Not to mention, 20% of the water we consume comes from our food.

I can’t recommend orgonite enough. If you are skeptical at all, I invite you to just try it out because orgonite usually looks very beautiful, so at the very least you’ll be getting a great decoration! Just be careful if you do buy some because there is fake orgonite for sale out there. Also, the energy of the person who makes the orgonite can imprint into it, so if they are angry or depressed you probably won’t want to buy from them. I personally love the orgonite that you can get HERE. It is powerful, affordable, and beautiful! I am always wearing an orgonite pendant because I’ve noticed so many positive results that I literally never take it off. You can get your own pendant HERE.  You can also try making your own orgonite, but it requires a lot of knowledge and practice to make the most powerful types.

There is a movement going on right now where people are “gifting” cell phone towers, power plants, nuclear reactors, electrical pylons, and polluted bodies of water. These people simply buy orgonite and and bury it close to these areas. Physical matter doesn’t pose any obstacle to orgone energy. Remember, orgonite doesn’t block radiation, it transmutes it into positive energy. The deadly orgone energy consists of positive ions, and orgonite converts these ions into the good, negative ions. The great thing is that orgonite works continuously and doesn’t require any upkeep! Putting orgonite near certain devices that emit powerful negative frequencies will be very beneficial. Here are just some of the ways you can be exposed to harmful frequencies: AM and FM radio, phones, radar, MRI, television, remotes, wireless data, smart meters, visible man-made light, microwave ovens, fiber telecom, dental curing, night vision, suntanning, X-rays, cosmic gamma rays, PET, and bone scans. Instead of potentially having your DNA scrambled by walking through the body scanners in airport security, ask to exercise your right to have a pat-down instead.

Certain people are particularly sensitive to electromagnetic radiation, but everyone can benefit from orgonite. If you haven’t owned any orgonite before, it usually takes a few days to get used to the newfound energy. At first you may experience some slight negative effects such as trouble sleeping, but it wont take more than a few days to adjust to the energy. Here are just some of the potential benefits: protection from electromagnetic radiation, removing physical and spiritual energy blockages, joy, compassion, improved relationships, better sleep, vivid dreams, increased plant growth and pest repellent, detoxifying water, atmosphere purification, extra energy, protection from predators, transforming geopathic stress lines, and awakening innate psychic senses.

Like I said before, it doesn’t hurt to just try it out 🙂 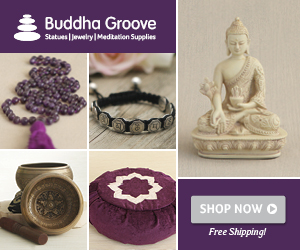